Inciting fear of Israel at the Sunday Times? 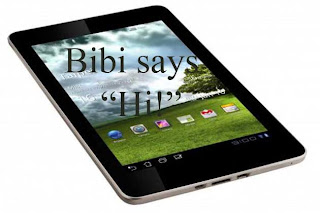 The Sunday Times featured an interesting article in its edition dated the 4th of March 2012. In the print edition of the newspaper, the article in question is entitled “In a flash, your details are sent to Israel”. It is also listed on the Sunday Times website as “In a flash, your details are on a server in Israel”. From a journalistic point of view the piece is more interesting for the headline rather than the content.

The article features the by-line “A torch app is among those now found to be exploiting users, write Robin Henry and Peter Newlands”, and indeed the article focuses on the worrying finding that advertising and marketing companies are using smart-phone apps to transmit a given user’s personal information to computer servers in several parts of the world.

However, it is bizarre for the headline to focus exclusively on Israel because mention of the nation is only featured in three paragraphs of the rather long twenty-one paragraph piece (twenty-nine if including the companion article to the side), which takes up more than half a broadsheet page. The article mentions America (specifically the United States) more frequently than Israel. The piece refers to a firm called LeadBolt repeatedly which is located there, and seemingly the prime focus of investigation for the journalists. The article also mentions China, India, and Germany. The piece mentions the Israeli city of Petah Tikva once but also mentions the cities of Los Angeles, and New Dehli.

To quote the three passages of the subscription-only article that mention or refer to Israel and the city of Petah Tikva:


Using software to monitor the transmission of data from a Google android mobile phone onto which a range of basic apps have been downloaded, The Sunday Times discovered private information — including telephone numbers, email addresses and the phone’s location — being sent to companies in China, India, Israel and America. […]
One app, Cute Dog, which downloads images of puppies for the phone’s background screen, sent a stream of information, including the phone number, network, and ID number, to lead LeadBolt’s servers in America. The ID number and phone’s GPS (Global Positioning System) co-ordinates were transmitted to a server located in Germany but registered in the city of Petah Tikva, Israel.
The identity of the server’s owner could not be established but numerous hi-tech companies, including some of the world’s biggest technology firms have offices in the city.

The article evokes a 2010 controversy where a much-publicised row broke out in the Middle-East over BlackBerry smart phones, which offered an encrypted communication link that numerous Arab nations feared Israel/Mossad and the US would exploit. However, in this case the reader’s own personal information is going to Israel!

To identify this country in the headline suggests the nation itself, rather than some private business enterprise, will put personal information to some sort of malign duplicitous use. Arguably it plays on the Mossad false-flag paranoia that every anti-Semitic conspiracist evokes for serious terrorist incidents, such as the Anders Behring Breivik massacre last year.

Whilst the article in question does not make any unfair claims about Israel per se, the rather extraordinary finger-pointing of the headline nonetheless illustrates both an unhealthy if not obsessive need in the media to cast Israel in a very negative light, and the disturbingly negative way in with a certain segment of the public views Israel, even above that of states like China, which of course the media itself bears more than a little responsibility for.


This article was also published at Crethi Plethi.
Posted by Rob Harris at 01:01
Email ThisBlogThis!Share to TwitterShare to FacebookShare to Pinterest
Labels: Media Bias, Sunday Times

And you wonder what I'm doing in Petach Tikva... :-D

@ Mr. or Ms. A. Nonymous: LOL, albeit for different reasons but it is nice to see you at least accept Israel is a democracy! :D