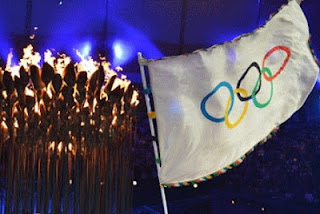 Three men associated with the Jordanian Paralympic squad were arrested in Northern Ireland on Monday the 20th of August 2012, following allegations of sexual assault on several women and children. The team is staying in County Antrim, leading up to the Paralympics in London next week.

The story of the arrest seems to have first appeared rather late the following day. Initially the reports only stated that it involved three women.

However, reports the day after (Wednesday the 22nd) now state that two of the three men have been charged with sexual offences involving children, one man exclusively so:


A 23-year-old-man was charged with two counts of sexual activity with a child, one count of sexual assault against a woman and voyeurism.

A 35-year-old man was charged with two counts of causing sexual activity with a child.

The third man charged, a 36-year-old, faces one count of sexual assault against a woman. 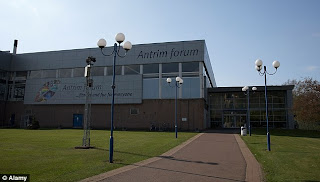 A Google search reveals that the story hasn’t made it around the world, with the exception of a few US reports, and a short report in Ynet.

Considering the serious nature of the story, as well as its international dimension, it is odd how muted the reporting has been, especially in the UK and Ireland. For example, the initial report on Tuesday evening disappeared from the state broadcaster RTE’s teletext service after a relatively short period of time, and after having been given a very low news ranking (number 14 or 15 out of 16 listed stories). It has been given a similarly low ranking today (a drop from number 13 to 16 before again disappearing from the listings in the early afternoon), which is odd considering the revelation that the story involves children.

Could it be another example of the media’s reticence toward anything very controversial that could be linked with Muslims, as illustrated by the obfuscatory British media reports that continually substituted the word “Muslim” with “Asian”? It is difficult to say with any certainty but the muted media reaction is odd to say the least.

Additional information has since emerged after a court hearing in Londonderry earlier today. The three accused have been granted bail. They are:

The story seems to have gained greater attention from the mainstream media (including RTE), perhaps after the court heard that King Abdullah II had taken an interest in the case, perhaps due to its potential for embarrassment:

A similar article is also published at the Iconoclast.
Posted by Rob Harris at 20:46
Email ThisBlogThis!Share to TwitterShare to FacebookShare to Pinterest
Labels: Jordan

Quite possibly it could be a fear of being called racist.Police in England were hesitant over taking action in regards to the Rochdale 9 case.It would be unfortunate if crimes by immigrants were to be ignored over the fear of being called "racist".Child sex abuse is quite common or even legal in some Muslim Countries as they allow 9 year old girls to get married and in Afghanistan the Taliban have dancing boys.

Welcome to the forum. I agree it was likely a fear of being considered racist/Islamophobic for dealing with (let alone highlighting) the story to any normal extent. The amusing thing here is that many of those that would fire off the “Islamophobic” charge are oft pro-Palestinian themselves, and who frequently charge that those sympathetic to Israel use the “anti-Semitic card” to silence opposition. Even if there truly were attempts to silence critics of Israel (which there aren’t as far as I can see), it hasn’t been very effective, with the country by far the most criticised nation in relatively recent times.

Meanwhile, it would seem the “Islamophobic” charge is all too effective. It seems to have become normative self-censoring behaviour in the media, which many in these institutions not only accept but agree with. For example, some years ago I heard the RTE deliberately avoids the symbolic imagery of the Cross in “The Angelus” after complaints were supposedly made by Islamic groups. I was sceptical about that as it sounded so extreme but it does seem that crucifixes haven’t featured in it for years now!

Yup, the hypocrisy of the anti-Israel crowd is quite obvious but their constant ranting about complete bull shit gets them more media coverage.I have a distant cousin competing in the Paralympics and I was in fact discussing this story to several work colleagues, the topic quickly wandered onto abuse within the RCC though so I understand your point.

I heard in Sweden they're even blurring images of criminals making them more white looking as to avoid scepticism regarding current immigration policies.Didn't really take notice of it but now that i think about it they only ever show children or a man sketching two hands praying.Cases like that though are quite common in Europe, for example French police didn't even look into the possibility that Ilan Halimi was brutally tortured and murdered because he was Jewish.

There was apparently a similar issue with Muslim complaints about the yearly manger in the GPO.

Indeed virtually the entire pro-Palestinian take on the reality of the conflict seems to have been adopted by most of the media, except for some dastardly right-wing media outlets that leftists constantly moan about.

That thing about the whitening of suspects in Sweden wouldn’t surprise me – reminds me a bit of the media calling many of the 9/11 suspects “German” without qualification. Its doubly comical since Assange is claiming such a liberal/left/PC state is a puppet of the US! lol BTW best of luck to your cousin in the Paralympics.