An excellent article by John Podhoretz of the New York Post, on the folly of John Kerry’s recent attack on Israel, rightly describes Kerry’s behaviour as “contemptible”, and at substantive variance with very obvious truths. Past evidence demonstrates that Kerry’s modus operandi was always likely to be thus.

Along with arguably deceptive behaviour, which undermined trust, Kerry went as far as to threaten Israel with a Third Intifada, perhaps forgetting his role as an intermediary. It is surely a testament to Israel’s desperation for a solution, and its extreme willingness to keep the US happy, that it went along with such an overtly prejudicial “peacemaker”, whose bullying went as far to incite an Arab-Palestinian terrorist revolt!

Kerry’s criticisms have been carried by the International media without critique, and, of course, substantively focused on settlement construction, despite these being areas that are to be retained in any envisaged two-state peace agreement. Meanwhile, Abbas’ refusal to acknowledge Israel’s Jewish identity, his continued insistence upon a ‘right of return’, which would of course nullify Israel’s existence, and his refusal to even commit to an end of the conflict, is somehow unworthy of substantive criticism! 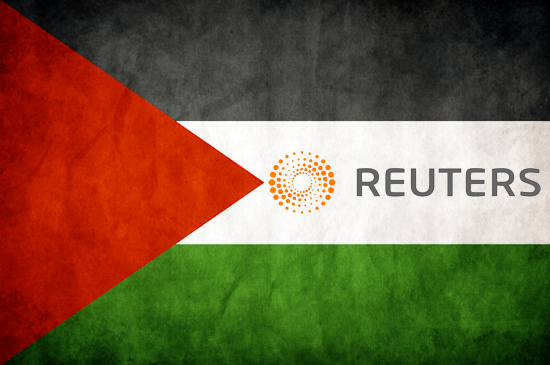 Kerry’s remarks were reinforced in numerous media reports, with particular reference to data released by the Israeli governmental authority, the ‘Central Bureau of Statistics’. Their report last month, which gained international coverage, noted that settlement construction, in Judea and Samaria (AKA the West Bank), and East Jerusalem, increased by 123 or 124 percent in 2013, compared to that of 2012.

The data was of course a gift to both the Palestinian Authority and an assortment of anti-Israel NGO’s, with the timing of the announcement used to undermine a critical meeting between Benjamin Netanyahu and Barack Obama, despite the fact that the percentage increase merely reflects a movement from the lowest average construction rate since the 1990’s.

Of particular note is a prominent claim that the move to increase settlement construction began during face-to-face peace talks. A typically prejudicial Reuters article, entitled “Israeli minister urges Netanyahu to annex settlements”, by one Crispian Balmer, notes that:


“Settlements have been a constant source of aggravation between Israelis and Palestinians, with construction of new Jewish homes in the West Bank rising 123 percent year-on-year in 2013, a surge that coincided with the resumption of talks.”

However, the Central Bureau of Statistics’, upon which Crispian Balmer relied for his percentile claim, noted that the increase in settlement construction began in the earliest months of 2013, prior to the resumption of talks. Face to face talks began in August 2013, after Israel agreed to the release 104 pre-Oslo prisoners, guilty of some of the most heinous acts of murder.

According to the Jerusalem Post, the Central Bureau of Statistics’ data affirms that:


“full recovery did not occur until 2013, due in part to the authorization of new housing tenders in West Bank settlements. In the first quarter of that year, ground was broken in West Bank settlements for 970 new homes. Since then, there has been a marked decline, with 736 housing starts in the second quarter of 2013, followed by 592 new units in the third quarter and 238 in the fourth quarter”

Clearly the figures demonstrate that construction slowed quite dramatically as the talks began, with a reduction of almost 40 percent from the early 2013 rate. As talks continued into the final quarter of the year, the rate of new homes reduced to a quarter of the early 2013 figure. Surely this is significant?

Interestingly, shortly before talks began, the media made a fuss that Israel was publishing plans for new housing units. Netanyahu refused demands for a total settlement freeze. However, this rejection was not utilised to undermine the talks but more likely to keep the pro-settler elements within Netanyahu’s coalition happy. A compromise solution was offered, whereby the housing rate would be reduced substantially. Israel also agreed to US demands for an informal freeze outside the larger settlement blocks. These conditions appear to have been met.

The data presented by the Central Bureau of Statistics does not undermine any notion that Netanyahu genuinely wished for the talks to succeed. In fact, it indicates that a substantive cut in construction was used to appease Arab-Palestinian demands. Unfortunately, this would never be enough for Palestinian Authority, just as anything other than complete submission to these demands would not appease Kerry.

For further reading on the prevalent bias at Reuters see Something is rotten in Reuters.

Rob, great article. You nailed both Reuters and Kerry himself. A pair made for each other! I don't know who's worse and who has the more pernicious influence.

Hi Anne, thanks for the positive feedback on the article! I'm posting up the articles I wrote in the last month or two, that were published on other sites. Hence there was no mention of Kerry's idiotic Israel will become an apartheid comment.

Indeed, I very much doubt any other nation would put up with someone like Kerry. He brings out the Red Foreman in my temperament http://www.youtube.com/watch?v=2voqlNdfvq0 lol